Bansko is the newest winter ski resort in Bulgaria, recently discovered by foreign ski-fans. They appreciated the interesting combination between the virgin nature of the Pirin Mountains, and the romantic atmosphere of the old town Bansko, which attracts with its 120 cultural sites. 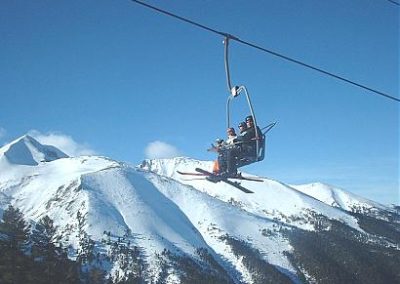 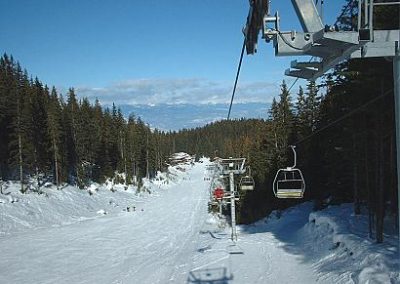 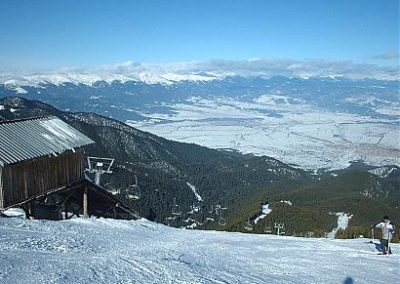 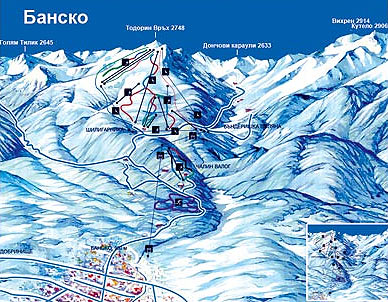 The ski resort Bansko, 936 m above sea-level, is in the south-west part of Bulgaria, 160 km from Sofia, in the Pirin Mountain, one of the most beautiful mountain massifs, national pride, included in the Natural World Heritage List of UNESCO. The museum-town is surrounded by 87 heights and 150 lakes. The region is famous for its spicy cuisine and vivid folklore.

Surrounded by the Mountains Pirin, Rila and Rodopi, winters in Bansko are always long and summers are short. The average January temperature in the small town is 1.9 C, and in the Piirin Mountain – between 0 and 16 C. Snowfall is heavy; the snow cover reaches 2 m thickness. The length of the ski season is from mid-December till mid-April.

The resort offers ski tracks for skiers with different experience. There are 7 tracks with total length of 35 km, located 2500 to 1100 m above sea-level. They are operated by several lifts, over 7000 m long, with capacity of 3000 passengers per hour. There are tracks suitable for all ages in Bansko, starting with the easy ones (green) and ending with the expert type tracks (black). The well-developed infrastructure and lift facilities guarantee for the fast and easy access to all tracks.

Above the town, on the North side of the Pirin Mountain are the 3 ski areas of Bansko – the highest – Shiligarnika (1700 – 2500 m) is under the “Todorin Vrah” Mount/2746m/ – the tracks there are used for slalom and giant slalom races. The second, lower area is Chalin Valog (1100 – 1600 m), and the third ski area is Bunderishka Poliana. There are easy tracks for beginners in the Chalin Valog area (2 lifts in operation) as well as in the Shiligarnika area (2 lifts). The ski-run tracks are with total length of 5 km (1530m above sea-level), located in Bunderishka Poliana area. This area is suitable for biathlon as well. Two kilometres away from the town, at 1050 m above sea-level there is a 3 km. distance for ski run – Rolban. 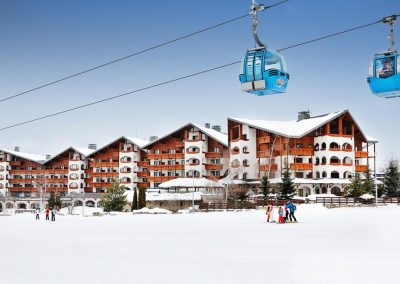